Promoting and marketing your brand is of great importance to the Rotterdam municipality. One of the ways in which this happens is
through film shoots that take place on location and in public domain. Wherever possible, the municipality assists these commercial shoots in several Dutch cities in a clear structure for authorizations required for filming on location but Rotterdam is Awesome.

The location manager is a member of the film crew responsible for finding and securing locations to be used, obtaining all fire, police and other governmental permits, and coordinating the logistics for the production to complete its work. The Location Manager (hereafter: LM) coordinates the creative and audiovisual industry in the Rotterdam area. One of the tasks of the LM is to coordinate film and photo shoots in the city and make sure they take place in an orderly fashion.

YOU BRING YOUR TEAM, WE TAKE CARE OF THE REST!

The Location Manager contacts City Surveillance Rotterdam (Stadstoezicht) to request permission for reserving parking spaces and / or placement of parking spaces on pavements.

We take time to learn about your project in development. We dive into your subject matter in a borderline obsessive way. We offer you a range of products and solutions to match your specific project needs within your budget.

WE KNOW LOCATIONS (AND BEYOND)

And we are not talking about canals, the red light district, windmills and cheese. Our team has over 3 decades of combined experience in finding tailored for issue related or policy communications.

There are three categories of film shoots: A, B and C. The LM
determines, in consultation with the Municipal, the Police Department (hereafter to be called the Police), the road authority and Directorate Safety
(Directie Veiligheid) how a planned film shoot is categorized.

Duty to register in the Centrale Film Planning (CFP)

The location manager needs to timely consult the FC and discuss the situation. This applies to all categories. The FC will give advice about drafting a request for a permit / exemption and starting the procedure with the relevant agencies, based on this consultation. Whether or not a permit / exemption is given depends, amongst other things, on the type of scene and the location. A well-prepared request can save all parties a lot of time and work. For each planned film shoot, the applicant must indicate in detail what the shoot entails, which special effects will be used and which tools / devices will be used. It has to be exactly clear for the CFP what the producer plans to do and what the production entails. Only in this way, the FC will be able to correctly determine if the city will cooperate with the shoot and if this is the case, under terms and conditions. Producers are expected to provided the FC with their callsheets and production booklets.
The FC has to be able to make a well-founded balance of interests between the interests of the producer and those of the Rotterdam municipality.

Procedure
Basic principles, for events please get in touch.

A. Permits and permissions
B. Health and safety
C. Communications
D. Respect for residents and public
E. Care for the location

The producer has full responsibility for film shoots. The producer is liable for any damages that result from the film shoot and the producer should therefore insure him- / herself against this. If the producer was granted the required exemptions and permits, he / show is not exempted from the obligation to ensure that no hindrance and damage occurs during the film shoot. Should the producer not honour the terms and conditions of the permit or exemption, action will be enforced. This can happen during the shoot, for example by retracting the permit / exemption and stopping the recordings, or after the shoot, by imposing a fine. Of course, a permit or exemption can also be denied if it is expected that the public order will be under threat, that there will be nuisance, that the traffic flow is hindered, that the safety of traffic, people or goods are at stake or that morals and health are endangered. This means that terms and conditions or procedures that are linked to a permit must exclusively protect these interests.

Together on a Mission – Get in touch

Airports, aircraft, private jets, helicopters and maintenance hangars visit our special Q page for more and contact us directly with your planning and exact needs, we love to help! Request a Quote

One of our Location Managers will soon be available to chat on WhatsApp or send us an email to office@mapito.nl 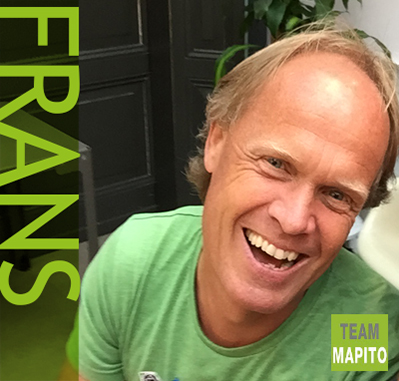